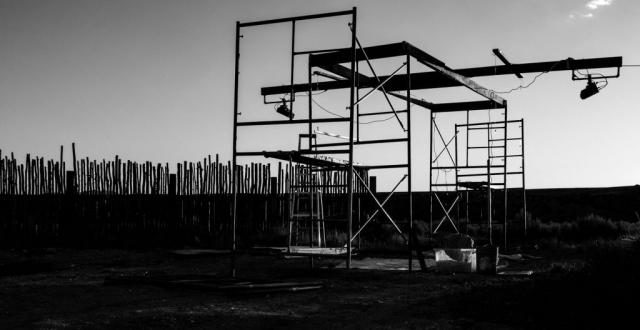 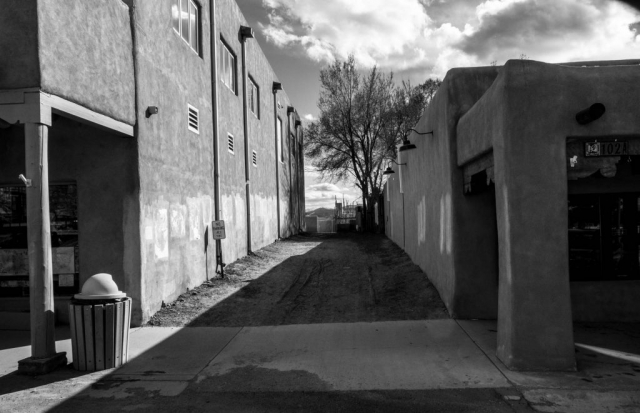 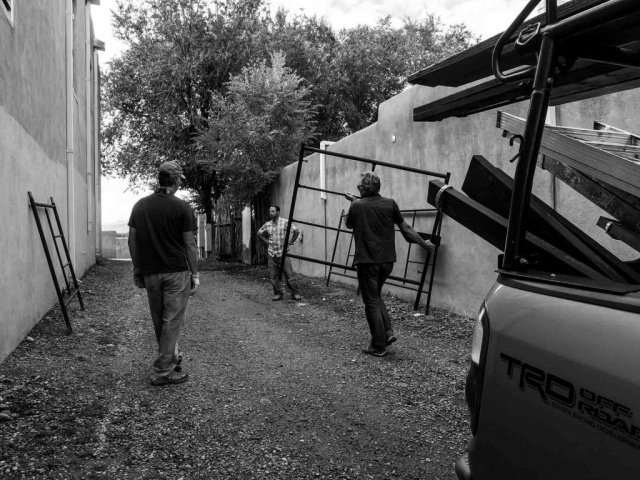 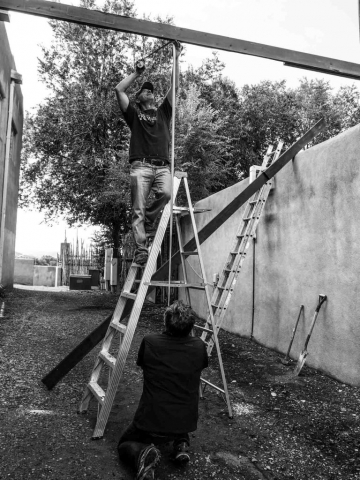 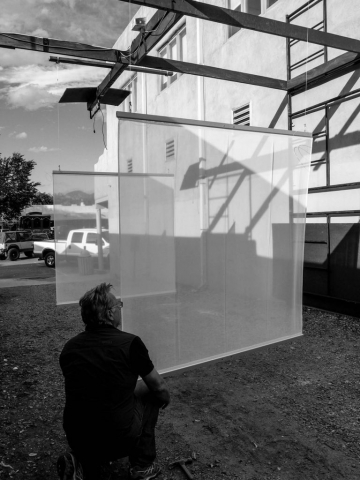 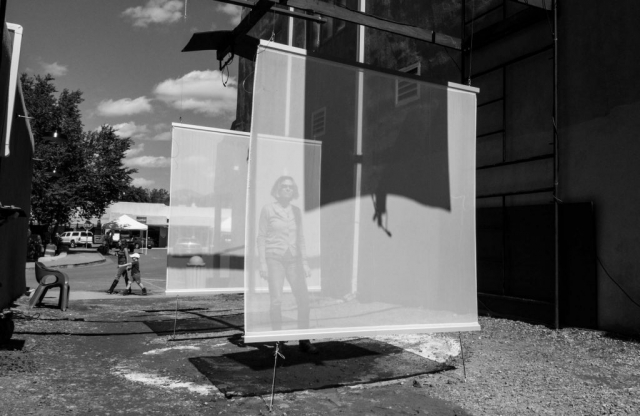 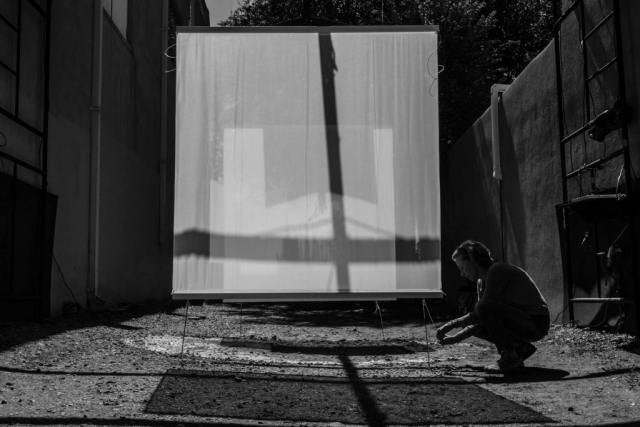 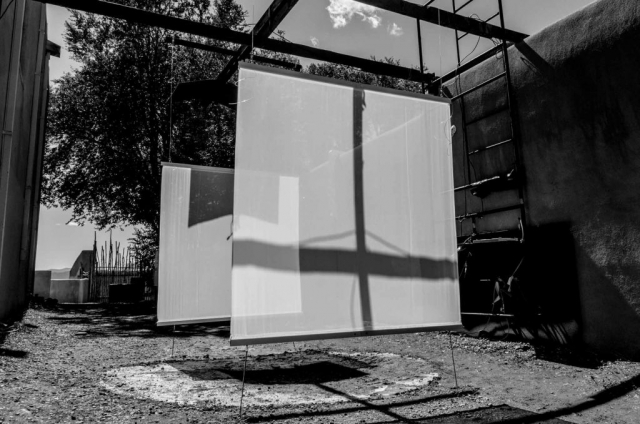 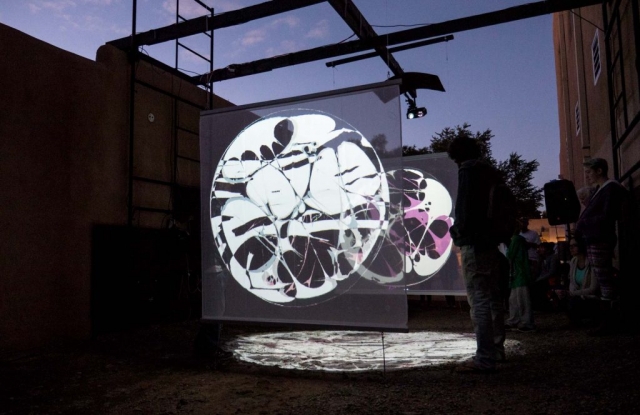 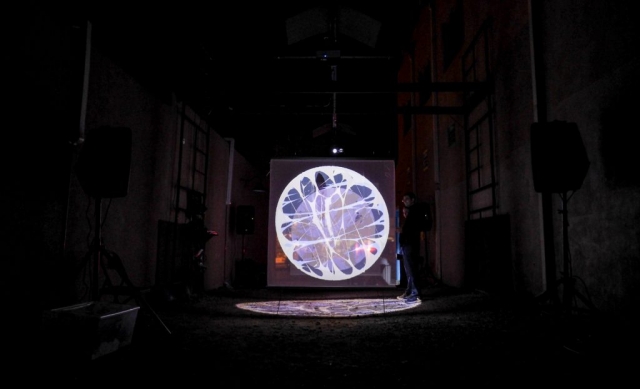 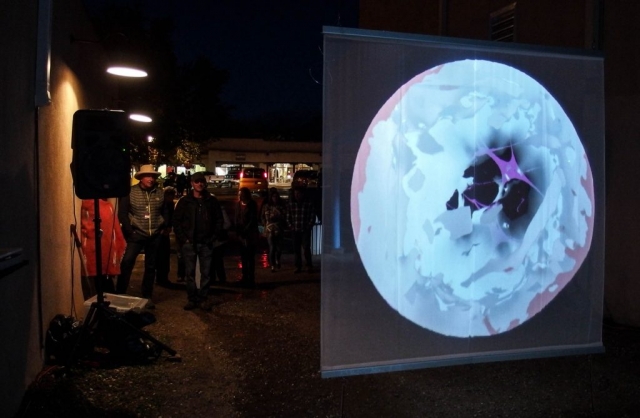 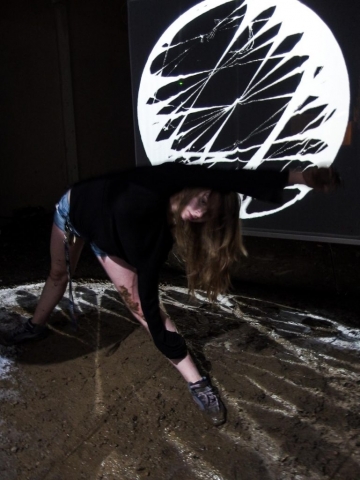 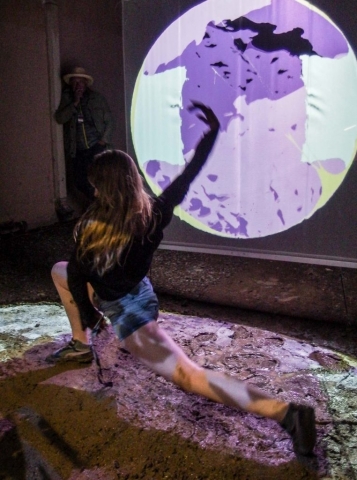 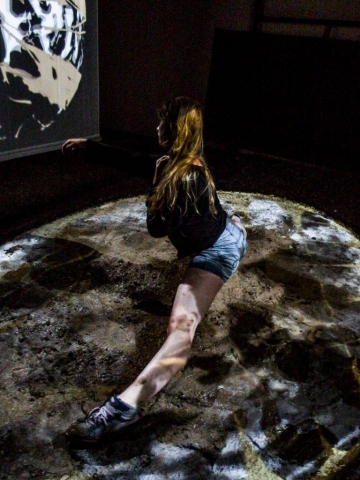 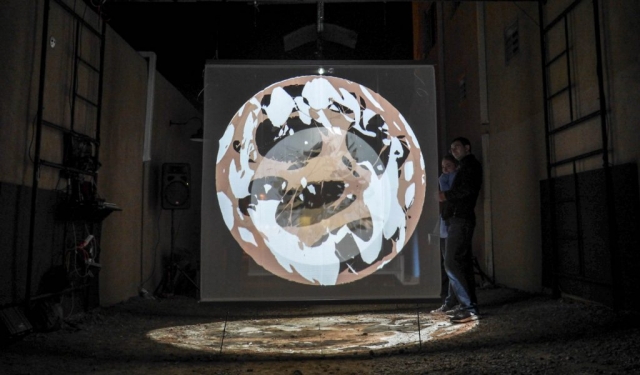 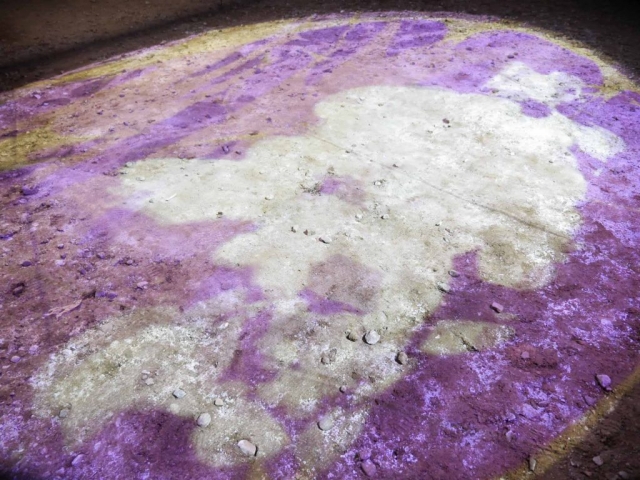 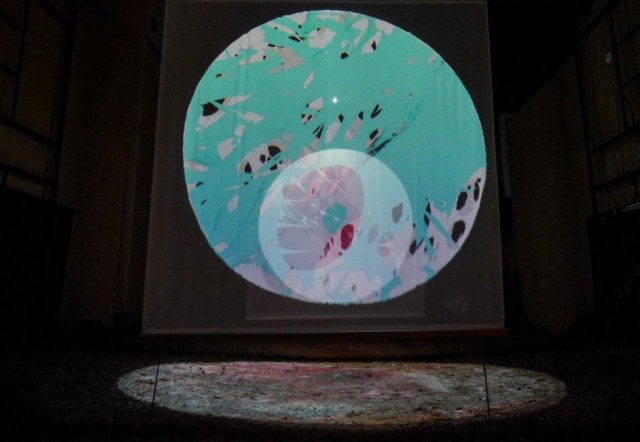 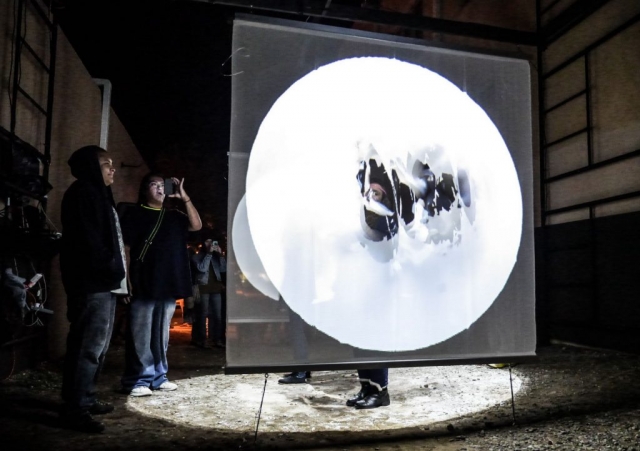 Moving from the surface, layer by layer, to the depth of the inherent world. Encounter. Every encounter implies a process of becoming and each becoming can not come about without meeting.
On two opposite positioned translucent surfaces on each circular, constantly changing structures are projected. The images are based on physical simulation of lacerating surfaces. If the tension gets too high, the surface is torn and new layers are revealed. The 4 channel sound installation literally give each screen its own voice. The light of the projection travels thru the translucent screens to merge on the floor. Here the encounter and the becoming is continuously happening.

After the decision to participate in the PASEO Festival and even finding some suitable locations for the installation during my visit early March I went back to work to further elaborate the idea. During the following tests and experiments with image and sound the fact of performing the new work within a public space had a very strong effect. My contemplation that was previously very much focused on the tearing of surfaces, a kind of continuous molting or expose of layers aligned,  became slowly more and more addressed to the condition of „encounter and becoming“. While testing versions and different settings of animations and soundscapes in the studio an earlier established idea returned to my mind and became the new center of the work.

„Moving from the surface, layer by layer, to the depth of the inherent world. Encounter.  Every encounter implies a process of becoming and each becoming can not come about without meeting.  As long as we reduce the other to an experienced past and only recognize it as such; as long as our relationship is governed by a habitual and regulated coexistence; and as long as we attach ourselves to our identity, without allowing changes, as long neither becoming, nor marriage, nor encounter is possible.“

Suddenly the essence of the words merged with the existing samples of sounds and images.

On the two opposite positioned translucent surfaces on each circular, constantly changing structures are projected. The images are based on physical simulation of tearing surfaces. If the tension gets too high, the surface is torn. With the help of Stefan Wimmer I was able to use different kind of algorithms, like particle systems to achieve the moving images I find suitable to use in the composition. Working with the basic setup of the installation I identified the two screens as own characters facing each other. More sequences of images were created. And I followed the idea of using a very common lullaby and recorded it with the singer Petra Richter and the sound of a children toy with music box.  I started to deconstruct the song in tiny samples and reconstruct it to create new sounds to express certain emotions or states. Using the sounds of the song and sound elements from the German composer Helga Pogatschar to form new sequences of images based on existing and new animations to get closer to something like a composition. The 4 channel sound installation makes it possible to address a stereo pair to each screen and synchronize specific sounds to the images appearing. That literally gives each screen its own voice.

The light travels thru the translucent screens to merge on the floor. Here the encounter and the becoming is constantly happening. I find it fascinating how the two images add to a complete new one. The „becoming“ will get it´s „own sound“ by using the 4 channels together and mixing it to the center. This fact has a huge impact on the content of sound and vision and will create an idea of interaction between the two screens.

The work in its rather abstract formal setting wants to concentrate on isolated „messages“ or even create a void of information to allow the beholder as much room possible to approach the work of art or even to assimilate it as its own experience and interpretation. In the case of „o.K.v005_becoming“ only computer-generated sequences  are used based on the simulation of tearing, ripping, lacerating surfaces and generative realtime processing effects to manipulate image and sound derived from the recorded lullaby or sound elements to use it in a defamiliarized way. 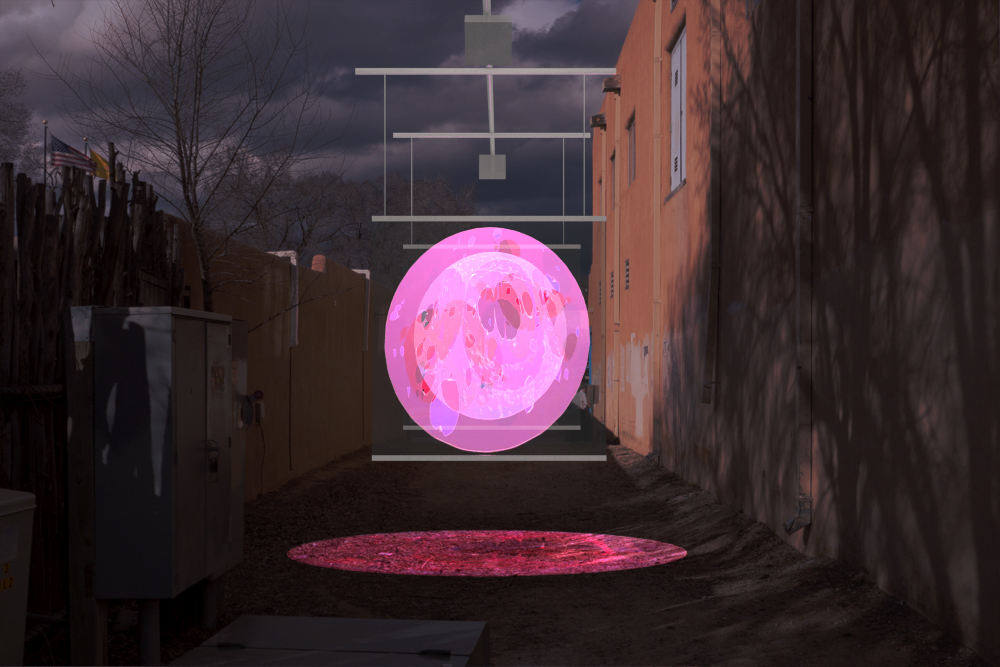 “Art is magic delivered from the lie of being truth.”
Adorno, German philosopher, sociologist and composer known for his critical theory of society.