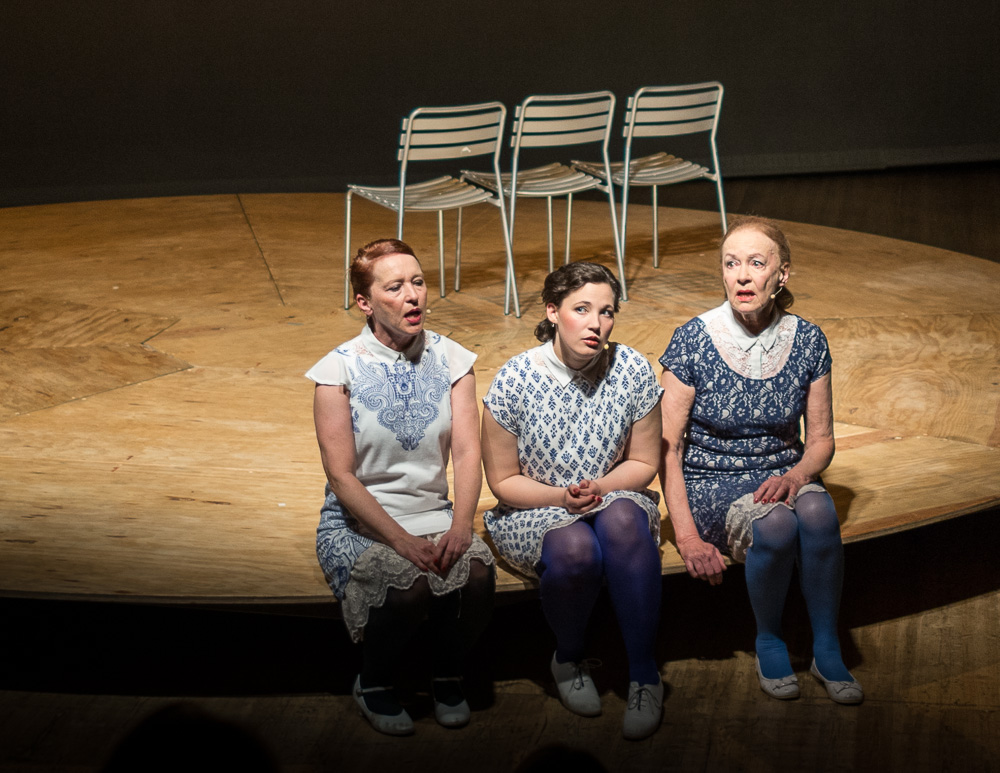 A surreal game of deception with speech texts and songs, three women and video on a text by Nora Gomringer.

Three women from three generations and three musicians mess lifelines and timelines. The three women share a person’s life and make the life given draft resistance. They sing and speak thoughts, secrets, self-accusations, explanations, conversations with beloved and hated and put each other things in their mouths. The piece moves as life – between strict form, creative will and lightning fast reaction to newly created facts.

„Unsmiling man comes, he goes without a smile. Three flying minutes he was glad „Jean Paul has formulated this aphorism and thus precut a clear biography Template The literally more-voice production.“ Three flying minutes‘ attempts something very similar:. The tracing of a life, and in three perspectives, yes three flying minutes. In the center of things is a nameless woman’s life, of love, loving, disease, stagnation, chaos and of retrospective laconic, yet resistant optimism marked. Three Lives result in one, three positions become one. 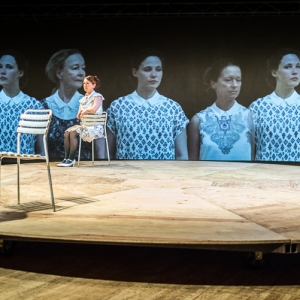 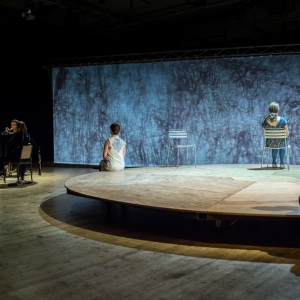 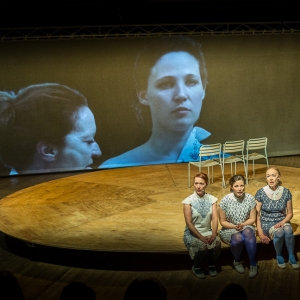 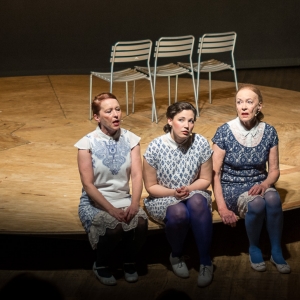 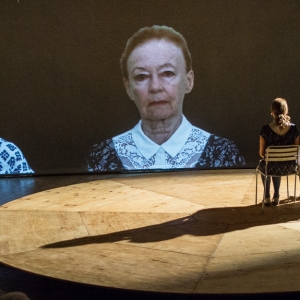